Driver Ed in a Box, LLC was started by Patrick L. Barrett, a nationally known expert in training for collision-free driving. 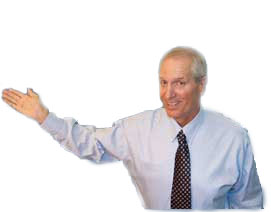 Guest on several talk shows as an expert on driver safety and driver training.

Pat is also the author of several books, pamphlets, and articles on training for collision-free driving, including:

Frances Hammond has been working with Pat in the driver safety and driver training field since 1975. Frances has served in every office capacity as the company grew. She managed customer service, served as office manager, and managed inventory. A published author herself, Frances now edits, designs and coordinates materials for the company. She has been instrumental in the development of not only the printed matter, but also was an integral part of developing the scripts for the audio and video productions. Frances handles much of the research on state laws and new developments in driver safety and driver training, and making materials customer friendly.

History of the Company

In 1997, parents had just been given the option of teaching their own teen’s driver education in Texas. Pat’s son, Michael, was eligible to begin his driver education, so Pat ordered the material from the state. After spending several hours reading what the state of Texas had produced for parent driver education, Pat told Frances, “It’s a good thing I already know what I’m supposed to do, because nobody is going to figure it out from this.”

As soon as the process of teaching Michael was under way, acquaintances began to ask for help with teaching their teenagers. Pat provided advice and loaned videos and diagrams, etc.

Pat believed there were parents who wanted more than just to get a driver’s license–they want their teens to become safe drivers.

If all a family wanted for their teen was a driver’s license, all they had to do was fill out the DPS forms and say they did the work. If a family wanted to produce a safer driver, they needed three things:

There was nothing available adequate to the task. That’s why we created the Driver Ed in a Box® kit.

First, Pat produced an audio series that guides parents step by step through the process of safely training a new driver in the habits of collision-free driving. Next, Pat produced a set of videos that actually show the process of parent/teen working together toward the goal of collision-free driving. At about that same time Pat and Frances also completed a textbook, Driver Ed in a Box® – the Textbook written for parent taught or guided driver education, which concentrates on the actual process of developing collision-free driving habits. This replaced the traditional driver education textbook previously offered as part of the kit.

Now all the parts were integrated, each piece connected to the other.

This is the first and only program that teaches parents how to train a beginner in the proven techniques of collision-free driving. These techniques were developed through years of working with training driving instructors, experienced fleet drivers and beginner driver education students. The program packages the tools necessary to provide the training in a practical, no-nonsense, doable format. It’s what works.

Because we listen to our customers, we have revamped our Driver Ed in a Box® kits several times, so families can have the best course possible.